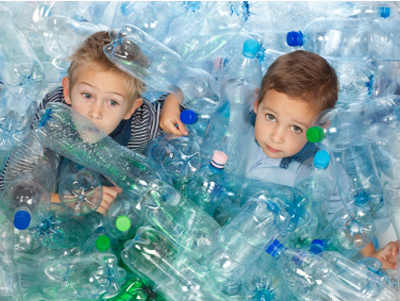 I have a friend who is convinced that 5000 years from now they are going to dig up our remains and call us the ‘Plastic People.’

Our artifacts will substantiate the title and the new (and, obviously, much wiser civilization)  will scratch their heads in bewilderment – wondering how we never evolved beyond this unenlightened existence. They’ll wonder what manner of intelligence left us eating, drinking and living with toxins…shake their heads (or whatever it is they may have) and feel oh so sorry for this limited, misguided culture.

‘Plastic People,’ she says ‘That’s what they’ll call us.’

The use of plastics in our world (our nation, our community and even our everyday lives) is astounding. It’s everywhere. Research combined with expeditions, have shown that there are at least 5 ‘gyres’ around the world. These systems of rotating ocean currents seem to collect our trash and, you guessed it, most of that is in the form of plastic.

The truth is, the realities are just being felt.

A recent adventure by eco-activist David DeRothschild took place last year.  This eco-creative guy sailed from San Francisco to Sydney on a boat made of plastic bottles in order to shed light on the problem. The goal: to help people understand the dangers of plastic (particularly single-use plastics) and to recognize the earth as our support system. If we destroy it, we destroy ourselves. Period.

We are the ‘plastic people.’ (Get your tom-tom, do a dance).

When I was a little girl, I used to sit in my room and think: this is my room, my house, my street, my neighborhood, my city, my state, my country, my continent, my world, my universe…by then my heart was pounding and it all seemed so big I had to whittle it back down to at least the neighborhood (and sometimes that was a little overwhelming but hey, I was 6….what can I say?) ANYWAY, here’s the point:

If the magnitude of the world’s dependency on plastic or the Pacific Garbage Patch just feels like too much to bear, just open your eyes to your own life. Look around- where do plastics show up? And if that feels overwhelming, narrow it down to ‘single-use plastics.’ Those one-time, throw it away and never look back plastics that eventually become lodged in a turtle’s throat or show up in a whale’s belly. Yeah. Think of those.

I think it was Wayne Dyer who tells the story of walking along the beach where thousands of starfish had washed ashore. One by one he picked one up and threw it back into the sea. A fellow beachgoer ambled by and commented something to the effect ‘you can’t save them all ya’ know!’ Wayne Dyer didn’t miss a beat but tossed another one back and said ‘Well, I saved that one.’

And that’s how it works.

That straw I just threw away might not seem like much until I realize that I used 3 this week…and so did 3 billion other people. That grocery bag or coffee lid might now seem like a lot until 6 billion combine their loot and toss it in a ‘land fill.’

That ziploc bag (that could be rinsed) that water bottle (that shouldn’t be there at all) or that fork and take out container…yep, all fodder for the garbage patch and a dolphin’s dinner.

So, if you’re just beginning to become aware of your affect on the world around you – start small. Go room by room in your own home. Begin to notice just how many things are packaged in, as, or around plastic.

Begin to notice just how ‘disposable’ we are as a society. How everything seems designed as a convenience because – heaven forbid- we should be i.n.c.o.n.v.e.n.i.e.n.c.e.d.

And, if you have to start somewhere – go little. And then maybe you’ll NOT buy water in plastic bottles (or any bottle at all) or use a plastic bag to carry your groceries and YOU can say ‘saved that one.’

And then, maybe…just maybe, you can change the course of history by creating a new tribe of people called ‘pretty darn smart.’

Unthink this: how many times a day do you throw away something made of plastic?