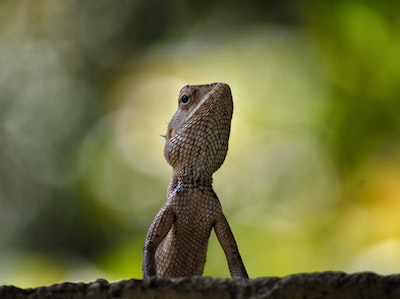 There’s some remarkable stuff going on inside our brains. I know. Not really news, but it’s true. Researchers, scientists and those guys in the little white lab coats are just beginning to figure out how much.

With the recent (probably decades, but who knew?) ability to study the brain’s movement and activity, these guys (and girls) have uncovered some pretty radical stuff – like what areas light up when we are stimulated by the sight of something we like, or even (and just as important) which areas stay dark when they should light up. Fascinating, really.

One of the many things they have determined is that there is a significant connection (or disconnection, as the case may be) between the part of your brain that sits right on top of your spine (hereto known as THE LIZARD BRAIN) and the front part of your brain – kinda’ at your forehead – that controls reasoning, perceiving, seeing and hearing…basically the conscious-choice part.

Now obviously I am not going to throw around a lot of cerebral–this and neo-cortex-that. Afterall, I’m so not in the medical field (and those who know me know I can’t stomach anything remotely related)! So, to keep things really simple, think of it this way:

The Lizard Brain says ‘Yes!’ (to everything)

The conscious-choice making brain says ‘No!’ (or at least gives it consideration)

Let’s take it from there.

Basically there is a big ol’ fight (and at times, collaboration) going on between the back and the front – between the ‘yes’ and the ‘no’ – between the LIZARD BRAIN and the conscious-choice making part ….between the ‘I was the first on the scene and therefore in charge (and in CAPS)’ and the ‘yes, but I am the ever-evolving, expanded version and therefore much better at pretty much everything else…’

There’s nothing scary here- just some interesting stuff I keep hearing about, reading about…and just plain being fascinated by…because….(drum roll) it explains so much! Not to mention, that when the neo-cortex (there ya’ go) is working it out, it makes life make so much sense. Go figure.

There’s a lot going on up there and that LIZARD BRAIN has been pretty strong since -well, pretty much the beginning of time. It operates on fear…instinct…pure survival. Kill. Eat. F… – well, you get the picture. It is basic and while it will help you survive if you are being attacked by a saber-toothed tiger, it does not need to run your life.

What it needs to do is chill.

So, for today, just be aware of its existence. Know that there is a part of your brain that will take over without any awareness on your part. And that this part of the brain does not hope…does not dream…does not believe…does not trust….and most certainly does not lead you into a better life. (Maybe a safe one, but not necessarily a better one). Its dominant emotion is fear. Pure and simple.

That’s not to say that the LIZARD BRAIN doesn’t have its place. It’s great when you are in danger or you are afraid or hungry or are looking to get back at the guy who cut you off in traffic (for real?)…but it’s definitely not the part you want running your life, raising your kids or ruining your relationships.

This is the part you want to take a snooze (until you really need him) so that the big, fat (yet younger) conscious-choice part can rise to the top to create a world in which you really want to live…

A world that includes thinking big, creating and connecting; a world that makes mince-meat out of anxiety, fear and stress; a world that reflects possibilities…and employs all those wonderful seeing, hearing, perceiving things you were designed to master.

The right part or, actually, the front part.

Just not THE LIZARD BRAIN.

And, for the record….The Lizard Brain no longer gets CAPS.

Unthink this: Where does your lizard brain go into automatic pilot in the course of a day?